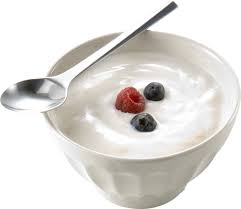 If you’ve ever wondered what the milk industry get back for their annual £46m PR spend, today you got your answer. “Yoghurt The Key to Beating Diabetes”, screamed the Daily Mail headline. On the front page, no less. Worthy of the front page? I doubt it. Any truth in it? None whatsoever.

Let me explain. The headline (together with the pro-dairy diatribe the followed) referred to a study released this week by the diabetes journal, Diabetologia. They researchers had asked 25,000 people in Norfolk to make a seven-day food diary, then tracked their risk of diabetes in the 11 years that followed. They found that the individuals that consumed 4.5 servings of low-fat dairy products had a lower risk of diabetes, and that they were 25 percent less likely to suffer from the disease.

The take-home message: “eat more low-fat dairy”. Now, my suspicions are always raised whenever a supposedly scientific publication concludes we should all eat more of an item that unavailable during the course of human evolution, especially when it’s a food that makes obscene profits for big food companies. So I took a look at the study in question.

In any case, there are many problems with all population based studies. Primarily – and this is a biggie – correlation does not equal causation (eg. the average Bentley owner lives longer than the average Ford driver. This does not mean that the ownership of an expensive car has any impact on lifespan. However, it almost certainly means they have more financial resources, thus can buy better food and pay for better medical care). Another major flaw with all studies that are based on self-reported food intake is that you are relying on the participant to a) remember what they ate and b) be honest in what they report. Every single time this method of data-gathering has been placed under the microscope, we find that it does not stand up to scrutiny. It’s has its uses but, as a method upon which to base scientific conclusions, it’s discredited. Extrapolating one week’s food in the 90s to cover the next 11 years is also a little silly, to say the least.

However, let’s give them the benefit of the doubt on their substandard methods of data collection. After all, scientific research is an area plagued with difficulties, no matter how hard you try to eliminate it. The bigger problem here, and what got me on today’s headlines, is not the unavoidable problems in collecting the data but the deliberate distortion that occurred afterwards.

Let’s analyse the results. The article authors themselves state that “total dairy, high-fat dairy, milk, cheese and high-fat fermented dairy product intakes were not associated with the development of incident diabetes”. Interesting point. There is NO ASSOCIATION between dairy intake and incidence of diabetes. At all.

They then state that “low-fat dairy intake was inversely associated with diabetes… but further adjustment for anthropometric, dietary and diabetes risk factors attenuated this association.” In short, the people who were expected to get diabetes got diabetes and the low-fat dairy intake made no difference.

Was there any positives supporting the consumption of dairy goods in the prevention of diabetes? Actually there was, but these were hidden in a complex matrix of adjustments for sub-groups of milk products, then compared against different ‘models’ which adjusted the groups for factors such as BMI, smoking, alcohol intake, BMI, social class, education level and dietary habits (who said statistics aren’t fun). Either way, breaking apart the figures this way eventually throws up an anomaly. One such anomaly was that individuals consuming a moderate amount of yoghurt (80g per day) had a 28% reduction in diabetes incidence. The only problem is that the same ‘model’ places those consuming higher levels of milk (353g per day) at a higher risk of diabetes than those consuming just 97g, with an increase of 11% in diabetes incidence. The highest tertile of diary intake had an 8% increase in diabetes incidence when dietary factors were adjusted for. But no conclusions should be made on these figures, positive or negative, as these are the sort of anomalies that will always be thrown up when analysing data in this fashion.

In short, no matter how you twist or alter the figures, there is as much to be said for dairy promoting diabetes as there is for it preventing it. In other words, the study tells us nothing.

The researchers used a well-established technique called ‘combing’, a scientific practise that is not at all scientific; it involves analysing the data in a multitude of different ways, dividing the groups into various tertiles, quartiles or quintiles, and then adjusting these new sub-groups for various factors like gender, age, health risks, hair colour, favourite TV show, etc. As you can imagine, combing works particularly well on large population studies; you start off with one result for a big group and then end up with lots of results for the various smaller groups. Sooner or later, you will find a little group whose results support the result you were looking for (or, more likely, the result your sponsors told you to find) and ignore the mountain of conflicting data. Cue commerce-friendly headlines.

Getting the ‘right’ results is big business. Danone, the world’s biggest producer of yoghurt, make more than half of their annual revenue ($463.7billion last year) from dairy and their stocks, gained 0.9% in stock value as of 4pm today. Nestle did even better, adding 1.5%. Meanwhile, the number of individuals sufffering from diabetes continues to rise rapidly, with 382 million now affected globally.

Makes you wonder how our dairy-free ancestors ever managed.