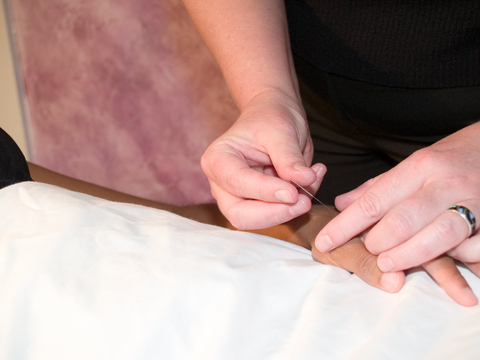 A centrepiece of Traditional Chinese Medicine, acupuncture stands out as one of the most enduring forms of medical treatment. It’s history of use spans 2,000 years and has become an accepted form of treatment across the globe. Some conservative mainstream doctors remain dismissive of its benefits but, as far as I am concerned, the jury is not out on whether it is a useful and effective treatment. Yet I increasingly hear reports of patients responding badly to acupuncture, noting that their treatment can leave them ‘wired’, ruining sleeping patterns and leaving them with a state of anxiety.

This has amounted to countless individuals in the last eight years and, while each individual will always vary on background and , there is one factor that have been present in 100% of those deemed acupuncture-sensitive. Adrenal imbalance (aka “adrenal fatigue”).

Adrenal imbalance typically sees low levels of cortisol or DHEA, two heavyweight hormones that dictate the body’s response to stress. When the response of these steroid hormones falters, the hypothalamic-pituitary-adrenal axis (HPAA) compensates by going into overdrive, increasing levels of adrenaline. Not only can this create problems with thinking and mood, it can also suppress the immune system and disturb sleep quality. The paradox here is that the person is tired but wired. Equally, they have minimal tolerance for stress.

Which leads us to why acupuncture can trigger bad reactions in this sub-group:
- increased activity at the adrenal medulla. By definition, we have little scientific explanation as to how acupuncture works to increase energy within the body. However, we can measure (both clinically and through laboratory tests) that organ systems can increase their rate of activity following acupuncture. Often, a well-meaning practitioner detects ‘low’ adrenal function and attempts to correct this by stimulating the meridian; this can trigger a leap in adrenaline levels, with anxiety, palpitations and ruined sleep the result.
- increased toxin release. Every individual in modern society will accumulate toxic chemicals. From dioxins to chloroforms, from pesticides to PCBS, it’s a fact of life. But, contrary to popular belief, ejecting this ‘gunk’ from the cells is not always desirable. Doing so causes irritation, inflammation and stress. Doing so requires the immune system, liver and digestive to be working effectively to eliminate the compound in question, to transform it into a removable form and then to actually eliminate it from the body. If one of these organ systems is functioning in a sup-optimal manner, you simply experience all of the irritation and stress yet see no elimination. When the adrenals are out of balance, all three of these organ systems suffer. Diarrhoea, muscle aches, headaches and rashes may result.
- immune system response. If you have had suppressed immunity for some time, it would be reasonable to expect some chronic infections to creep in. Normally based in the intestines, this sees opportunistic yeast (such as candida albicans/enolase, geotrichum) or bacteria (enterobactae clocae, klebsiella) begin to dominate. As undesirable as this may be, symptoms will generally result when the immune system reinitiates the fight. At this point, the microbes are killed, releasing an array of chemicals (such as acetaldehyde) into the local circulation. This causes acute stress on the body; if there is insufficient adrenal function to cope with such a stressor, then you can expect a pronounced release of adrenaline, together with all the trademarks symptoms outlined above.
- overstimulating neural pathways. Neural cells, and the ever-changing connections between them, are like muscles in the sense that they need stimulation to retain their function. When hormonal balance or nutritional status is compromised, so to is the stimulation to the brain cells. This means they can become ‘untrained’ or ‘weak’ in the wrong conditions, eg. when adrenal imbalance or toxic conditions will have a strong effect on the conditions of the neural cells by reducing the blood flow, compromising the glucose delivery and contributing to brain inflammation. When this happens, their tolerance to stimulation is often reduced. This means that any sensory stimulation can now prove too much, and this causes fatigue, mis-firing and general malaise. Acupuncture provides sufficient sensory stimulation to trigger this in sensitive people.

So, if you noticing all the symptoms of low adrenal function, should you avoid acupuncture? Not necessarily. While my tests show that adrenal imbalance is a much more common problem than people think, I notice that the individuals who report the bad reactions are those who happen to experience high levels of adrenaline and poor sleep. These factors seem key in reducing the neural tolerance to stimulation that acupuncture provides. While high adrenaline/poor sleep are highly symptomatic of under-functional adrenal glands, it is not a black-and-white issue; more of a spectrum. Those at one side are much more likely to go into a tail-spin. Those who have much more moderate symptoms may find they tolerate the stimulation just fine and therefore fully benefit; accordingly, they feel more relaxed and rested following a session. The specific approach of the practitioner makes a big difference, as those who attempt to “start low, and increase slow” get much better result with high-adrenaline/low-sleep patients than those who employ a “perk ‘em up” strategy.

As with many subtle individualities, it is difficult to make any sweeping statements. However, I have noticed many patterns in recent years to the point that, when a client reveals in a case history that they have had acupuncture sessions, I can normally offer an breakdown of their reactions before they explain their response. While everyone likes this trick, the point is that it is not a lottery whether you will react in a positive or a negative way.

This is not to say you should not do it. Acupuncture remains a modality with an excellent track-record in supporting well-being. However, for those with adrenal issues, experience shows that it’s value lies in facilitating a recovery that is already taking place rather than attempting to initiate it in the first place. This means it can be useful later, but that the individual must first break the fight-of-flight cycle so that the conditions in the central nervous system are no longer compromised to the point that this ‘gentle’ stimulation is too much. Breaking the fight-or-flight response by providing the right support means that the neural tolerance to treatment increases, and equally that the entire body (both inside and outside the central nervous system) is now actually able to heal.

For more information on adrenal fatigue, visit
this page.