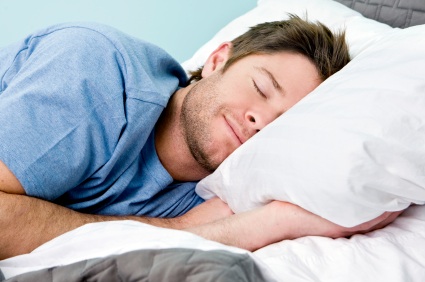 If there is ever a phrase that drives me to distraction, it’s this: “I do better on 5 hours sleep. Anything more and I feel tired the next day.”

There are enough people who live by this mantra. So much so that I am often asked if we can sleep too much, and that doing do will make us tired. While a lot of people believe this, clinging to evidence yielded by their lethargic Sunday morning, there exists a huge problem with this concept; primarily, that it is total nonsense and cut to shreds by scientific rationale.

Sleeping should make you feel more refreshed, not more tired. So why do so many individuals report such noticeable fatigue following a good night’s kip? Sleep debt. Sleep debt (which can be measured by the levels of adenosine In the central nervous system) accumulates every time you miss out on your optimal amount of sleep and progressively shuts down the brain’s higher functions in a desperate attempt to force us to sleep; we progressively lose the ability to form normal sentences, become uncoordinated and our memory function disappears. Unless there is sufficient adrenaline to counter these effects.

And here is the kicker: because of rampant stress, *unbridled* adrenaline levels and *insipid* coffee habits of the bleary-eyed masses, most people have no idea how tired they actually are. Their sleep debt is massive, and matched only by the colossal load of stimulants in their system. Until, of course, they get their first good nights sleep. This shaves a mere fraction from the sleep debt – built up over weeks, months and years – but adrenaline levels drop. Guess how energetic the person now feels?

I sincerely hope this dispels the myth that we can sleep too much, once and for all. All that remains is outlining how we can avoid creating one in the first place, and this is simple: get eight hours of good quality sleep each night. While allocating sufficient time represents the simple side of this equation, achieving sufficient quality of your sleep may involve taking additional steps such as addressing adrenal function, magnesium status or neurotransmitter balance (hint: consult an expert). that may be more complicated in practice.

And for those people who think they need less sleep than that, that they are genetically unique… You’re not. The late William Dement, the ‘Godfather’ of modern sleep medicine, spent decades measuring the sleep requirements of thousands upon thousands of individuals. And the requirement of all fell between seven-and-a-half and eight hours, meaning those with a sleep debt need even more than eight to be sure of repaying this debt and getting ‘back in the black’. Dement’s research proved that the brain accounts for every hour lost and optimum neural function is never restored until the repayment is made.

So the take-home messages: don’t abuse your sleep. Don’t think that coffee and stress are antidotes for a good night’s sleep. And don’t for a second believe anyone who warns you about ‘sleeping too much’.