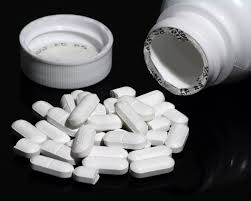 The link between serotonin and depression has long been established and the most common anti-depressant drugs work through boosting serotonin levels. However, these Selective Serotonin Re-uptake Inhibitors (SSRIs) are also notorious for causing a wide range of side effects, which include increased risk of suicide, apathy and sexual dyfunction.

Therefore, with rates of depression rising and doctors showing no interest in refining the usage of these anti-depressants, it is no surprise that a naturopathic alternative to these drugs would garner such attention. And they do. Step forward 5-HTP, an amino acid touted by some as the key to curing depression naturally and derided by others as useless.

So what does 5-HTP do? We will get to that. But first, a primer on serotonin. There are seven different types of serotonin (22 sub-types that have been discovered so far), although we will refer to all types as ‘serotonin’ for the purposes of this article. Serotonin is manufactured in the midbrain by the raphe nuclei*, itself stimulated into doing so by the neighbouring tectum. This gland itself increases it’s action in line with the levels of sunlight (yes, sun exposure and serotonin production are linked). Serotonin is considered a inhibitory (calming) neurotransmitter. Scientifically speaking, serotonin is actually an excitatory neurotransmitter, but it operates primarily on inhibitory pathways and it’s effects are generally calming and mood-enhancing. I refer to it in talks and in clinic as inhibitory.

Symptoms and signs that your serotonin pathway is not functioning effectively include:
- low mood
- little enjoyment from life
- reduced desire to socialise
- inner rage/anger
- difficulty reaching deep sleep and staying there
- feeling better and sleeping better in summer or when exposed to more intense sunshine

You can’t supplement with serotonin as it will not cross the blood-brain barrier. Instead, the nutritional approach to supporting levels of this important neurotransmitter revolve around the provision of it’s precursors. This means taking tryptophan or hydroxytryptophan (5-HTP), When you take 5-HTP, the standard narrative tells us that it crosses the blood-brain barrier and then the brain converts it

This is what really happens, broken into three key points:
- 1. Transport into the brain. Tryptophan, the immediate precursor to 5-HTP, can only cross the blood brain barrier through the use of an ‘escort’; namely the LNAA (Large Neutral Amino Acid) transporter, which has the job of shuttling certain amino acids from blood to brain. This limits the impact that Tryptophan can have on serotonin production. However, as well as being just one metabolic step from becoming serotonin, 5-HTP can cross the blood-brain barrier without much of a problem. This would imply that 5-HTP is a sure bet to boost serotonin levels in the brain. However, 5-HTP can be converted to serotonin outside of the brain (this can happen easily in the gut, where serotonin is used by mucosal cells to drive inflammation). While serotonin’s role in the gut goes beyond simply driving inflammation (it also shows some protective roles in the enteric nervous system), this ‘theft’ of 5-HTP is a concern for anyone with ongoing inflammatory issues in the gut.
- 2. Conversion of 5-HTP into serotonin. The conversion of the precursor into the target neurotransmitter is conducted by an enzyme called Aromatic Amino Acid Decaboxylase (which is dependent on P5P, the active form of B6).
- 3. Activation of the post-synaptic receptor. So your 5-HTP has avoided theft in the gut, it has now moved successfully over the blood-brain barrier, you have converted it into serotonin. So far, so good. But the final, all-important step is for the serotonin molecule to bind with it’s receptor sites. This is where the pre-synaptic nerve (where the serotonin stores have been building) release the neurotransmitter into the synapse so it can bind to receptors on the post-synaptic nerve. This may happen just fine, but often it does not; the most common cause of this is hormonal imbalance. Both testosterone and estrogen are hugely important to maintain neural sensitivity to serotonin, especially in the frontal lobes. Thyroid hormones are also crucial. Take home message here: if you haven’t measured your hormones, you are likely wasting your time by playing with your neurotransmitter levels. However, it’s worth noting that inherent insensitivity can also occur. This is common after the use of anti-depressant drugs like SSRIs or mirtazepine. However, years of letting your blood-sugar levels swing wildly can also cause this (through fluctuations in insulin and therefore wild swings in the amount of 5-HTP crossing the blood-brain barrier).

Beyond these 3 crucial steps, there are occasions sensitivity of the receptor is just fine, but the synaptic breakdown of serotonin is occurring too quickly. In such cases, use of natural MAOIs (mono amino oxidase inhibitors) can be tremendously helpful. Licorice and Quercetin contains flavonoids that inhibit the MAO enzyme. I notice this is particularly likely to help if an individual is noticing low action in just the dopamine and serotonin pathways. But I digress.

It’s also important to consider self-regulation of the serotonin release. To ensure that the synapse doesn’t get overloaded with serotonin, the pre-synaptic nerve constantly ‘samples’ the availability of serotonin (via the 5-HT1a receptor). If it thinks there’s a lot of serotonin, release is reduced. This often entirely offsets any intended rise in serotonin activity, although a body evidence indicates that this auto-regulation begins to waver after three weeks (this is the reason why patients are told to wait three weeks to see a therapeutic effect from SSRIs, like Prozac). In any case, supporting the body’s own regulation of its serotonin release tends to work more effectively than simply loading up the pathway with 5-HTP.

Equally, your own tryptophan metabolism is an important concern. Without 5-HTP supplementation, conversion from tryptophan is the only way to maintain reasonable stores of 5-HTP in the brain in the first place. To get tryprophan into the brain, you need the LNAA transporter to shuttle the amino acid across the blood-brain barrier. This means you need capacity on this transporter (in other words, you need to do exercise to deplete the branched-chain amino acids that would compete for a ‘ride’) and sufficient action (insulin appears to be the big deal here). Then, once the tryptophan arrives at the brain, it needs to be hydroxylated into 5-HTP. This required many co-factors but biopterin appears to be the limiting factor (folate and methylation are vital to maintain sufficient biopterin).

In any case… if you have uncontrolled inflammation in your gut, if your hormonal cascade is suspect, if have not tested your ability to methylate and have previously used anti-depressant drugs, you chances of effecting your serotonin pathways with a 5-HTP supplement are questionable. There are a number of factors that must be taken into account for the amino acid to be effective and, many times, these factors are ignored. This explains why 5-HTP does nothing for so many people, even though their serotonin pathway may be in desperate need of support.

Equally, there exists a sizeable minority at the opposite end of the spectrum, who take 5-HTP and it boosts their serotonin levels very effectively to the point that they get a negative response (normally disturbed sleep). This is because they didn’t actually need any more serotonin and, in excess, this neurotransmitter will enhance the secretion of ACTH, the hormone that stimulates the adrenal glands into action. While this can be very helpful for some individuals if it occurs in the morning, it can cause issues if it occurs before bedtime. This is especially true of any individual with adrenal problems and, indeed, anyone who notices insomnia after taking 5-HTP at night should assess their adrenal function.

At this point, it should be clear that it is ridiculous to call 5-HTP good or bad, effective or useless. Like many nutrients, it’s effect is dependent on the method of use and the individual biochemistry of the user. I use it regularly in the clinic, often with great results, but only after establishing whether there is an actually a requirement to support the serotonin pathway and assessing the individuals nutrient status, hormonal balance, methylation ability and always bearing in mind inherent neural sensitivity. Bottom line: 5-HTP works, but there is much more to it than swallowing 100mg and expecting to feel better.

*it’s also made in the intestines, but this article is focusing on neural serotonin.

NOTE: This article was edited in June to correct an incorrect description of the conversion of 5-HTP into serotonin.